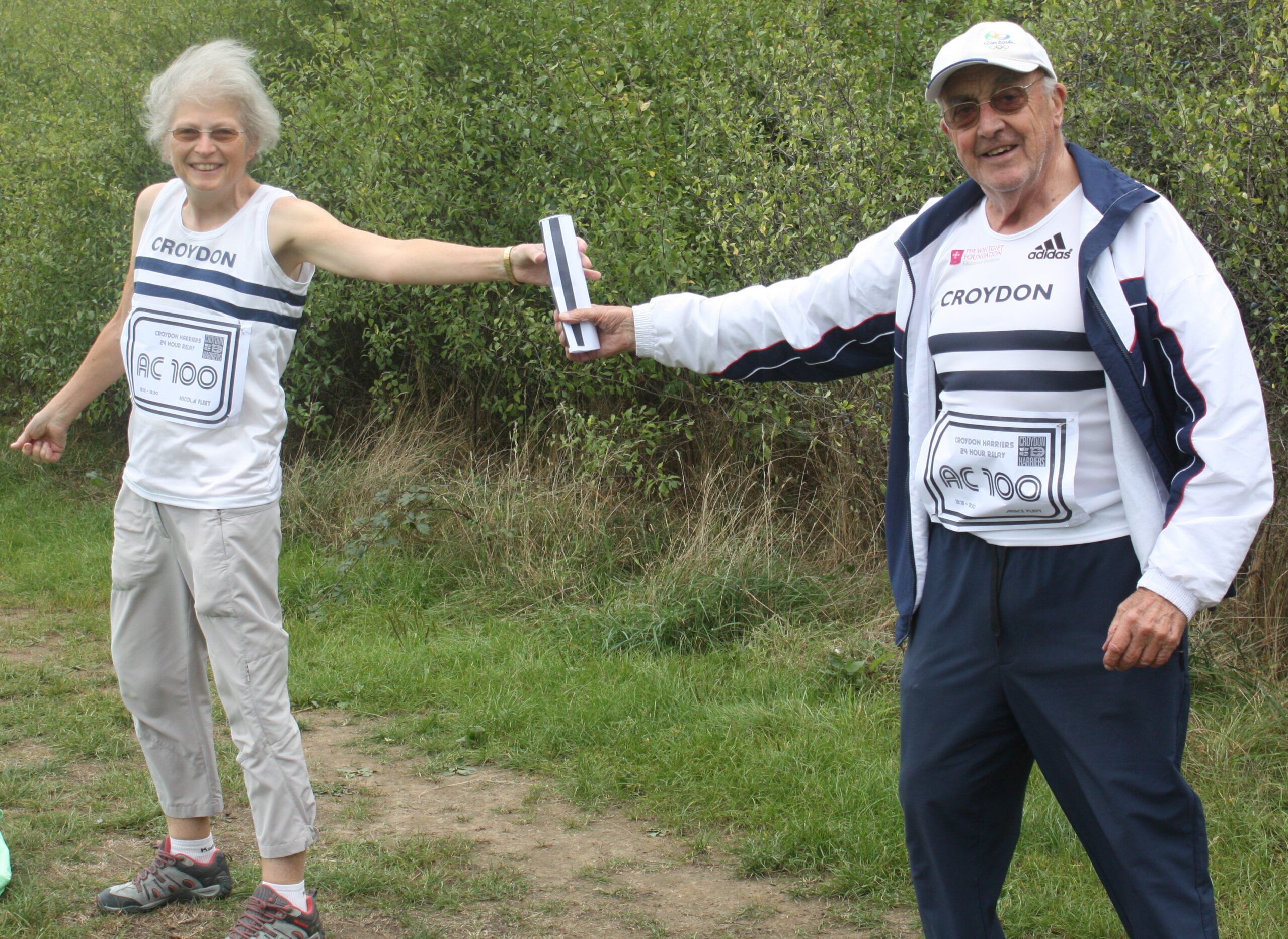 Croydon Harriers celebrated its 100th anniversary this past weekend with a range of virtual events.

A heartfelt thanks to Nicola and Mike Fleet and to Glenn Barden for all their behind the scenes efforts. It certainly wouldn’t have been possible without them. Thanks also to everyone who took part either in one form or another.

Celebrations included Zoom meetings split out by decades so members could enjoy mini-reunions.

The Fleets decorated their house in a suitable theme and coaching legend Dave Betts paid a visit to join in with the celebrations.

Members from all over the UK and the world took part, and the squad covered over 272km in that timeframe, starting and finishing outside Croydon Arena.

Glenn also documented the entire 24 hours on a Twitter thread. Click on the link above to relive the day.

Full Google Sheet with everyone included!

It was also great to hear from Tony Owers our patron:

Thanks again to everyone who got involved and to Mike, Nicola and Glenn for all their efforts! #Croydon100